Remembering the Lady with a Lamp 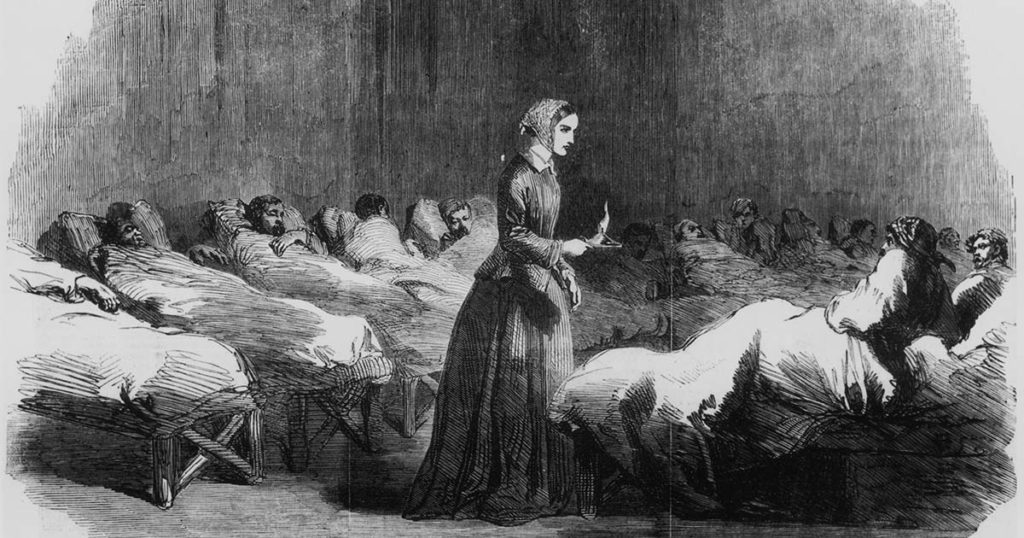 Remembering the Lady with a Lamp

On May 12, 1820, a small light came into being at Villa La Colombaia in Florence, Italy. That light arrived the form of a daughter for a wealthy British family who named the baby after the city in which she had been born. Two centuries later, Florence Nightingale is revered as an inspiration, a role model and the founder of modern nursing as we know it today.

Though her name may be familiar to millions of people around the world, her actual story and the true scope of her professional achievements and contributions to the field of healthcare remain less well-known. It was, of course, through her work organizing care for wounded soldiers in the Crimean War that she first rose to prominence.

Having arrived at the main British camp in November of 1854 along with 38 women volunteers that she trained, and 15 Catholic nuns, Nightingale was appalled by the conditions she encountered. But rather than recoil from the conditions, she set about changing them, and ultimately laid the foundation for modern nursing as a profession.

After the war, Nightingale met with Queen Victoria to discuss and report on the unsanitary conditions at military hospitals and the need for nursing reform. She established the first secular nursing school in the world at St. Thomas’ Hospital in London, and she wrote the seminal book, Notes on Nursing, which became a classic introduction to nursing. The book was published during a time when even the most basic rules of health and well-being were largely unknown, so it also proved to be hugely illuminating for the masses.

Nightingale never stopped documenting hospital conditions and campaigning for proper healthcare and sanitation for British troops and the citizens of India. Her countless honors, including a Royal Red Cross from Queen Victoria and an Order of Merit from King Edward VII, only empowered Florence to continue her work educating everyone she could on matters of nursing, ethics, training, mortality and proper hygiene.

Even today, nurses around the world recite The Nightingale Pledge at pinning ceremonies when they reach the end of their training. That is because Florence Nightingale’s legacy still lives on, not because of any single action or any single honor, but because she provided light where once there was none. She illuminated a path out of the darkness by helping people to see and to understand. To this day, she is a reminder that each one of us has within us the power to change lives and open eyes.

Consider this passage written about Florence, during the Crimean War, by a journalist from The Times of London:

“…As her slender form glides quietly along each corridor, every poor fellow’s face softens with gratitude at the sight of her. When all the medical officers have retired for the night and silence and darkness have settled down upon those miles of prostrate sick, she may be observed alone, with a little lamp in her hand, making her solitary rounds.”

As we celebrate to 200th anniversary of Florence Nightingale’s birth, it’s worth reflecting on the profound impact every nurse can have in the lives of their patients. Never forget that you can make a difference. You can be that light.

Sorry, the comment form is closed at this time.